Did you ever think Jesus, Batman, and George Washington’s leadership styles would ever be compared? Well, when in an Elvin Lim class you can expect just about anything for him to get through to his students.

Elvin Lim is a Professor of Government here at Wesleyan who teaches classes on presidential politics and political communications. He’s probably one of the sharpest men I’ve ever met in both mind and dress.


He’s the reason why I come to class in button downs and ties. Professor Lim loves what he does and he is very passionate about every lecture he makes. He is so knowledgeable on politics and he writes his own blog that I visit weekly. Fellow students who have had Lim in class often joke that if he ran for President then this country would be set.


Elvin Lim defined leadership as the ability to solve the collective action problem. The “leaders” who just command is not leadership, Lim claims. Strong leadership comes from whoever is able to make the person who won’t cooperate, to follow.


Professor presented the prisoner's dilemma. The officer in the situation is the sovereign leader and commands or dictates. It’s either going to be this way or that way. The best outcome for the prisoners is to cooperate, which creates the mutually best outcome for both of them. So, if the officer can get the two prisoners to cooperate then he is an effective leader.
Before there was democracy, there was no need for leadership because the King and Lords simply commanded. Everyone had to cooperate. James Madison, in Federalist 51, compared men to angels in saying that angels are naturally obedient to God, are unselfish and they fall in line. However, we know that humans have preferences, priorities, and self-interests so in a democratic form of government there needs to be a leader who will solve this collective action problem – to get people who wouldn’t cooperate to give in and listen.


Professor Lim, prepared as always, studied our blog and was drawn specifically to Jim Collins’ Level 5 leader. Professor noted that much of what we’ve discussed in our class this semester has surrounded around personality traits. Lim argued that personality matters because good leaders have a “paradoxical will and humility” about them.
If you remember, Level 5 leaders were the self-less individuals who looked through the window to give congratulations to everyone but himself when the company found success and  looks into the mirror when the company is struggling. Lim stated that an effective leader is willing to take a hit for their organization or constituents. 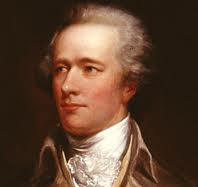 Lim argued that people can’t lead until they learn that it’s not just about you. He stated that the leaders who have failed never looked into the mirror because they were insecure. Level 5 leaders look outside and see how they can make others better. Effective leaders aren’t self-regarding, they never talk about themselves and they are quick to take the blame (take the hit). 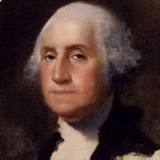 Lim demonstrated that Alexander Hamilton was young, feisty, and assertive where as George Washington felt no need to press his opinions on others. Elvin Lim calls Washington a Patrician President, because they were self-less leaders who shoved away attention, very similar to Level 5 leaders. Professor noted that Washington was the only Level 5 leader because the other great presidents – Lincoln or FDR – had to adapt to their political times. Lincoln and FDR had to promote themselves, make speeches, and campaigns. After the Patrician period, the presidency was a different type of position that required presidents to stand above the rest. This doesn’t mean that the great presidents weren’t effective leaders, but they were not, by definition, Level 5 leaders.
We moved to Jesus, who according to The Bible sacrificed himself. Jesus’ greatest power was that he could have asked God to save him. The great leaders contemplate how far to stretch their prerogative and not use it. Power, Lim said, is not how much you can use, but how little you use it.

Lim believes that leaders can emerge at any moment and there doesn’t need to be a crisis. Leaders need to be willing to sacrifice.


In my personal opinion, everyone can do this. It’s not easy and that’s why leadership isn’t for everyone. But, can everyone be a leader? Sure, you just need to make the sacrifice for others and be humble.

Lim stated that today there are so few great individuals who run for President because of the job’s revealing nature. And he’s right, and that’s why he’ll never run, but I’ll end with…
E. LIM FOR PRESIDENT 2012!
Posted by Joe Giaimo at 12:31 PM